Life: The Achilles Heel of Naturalism 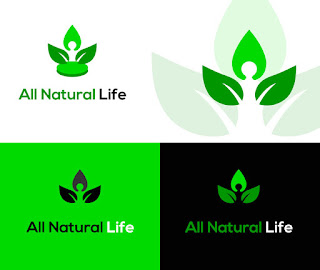 Life: The Achilles Heel of Naturalism

Exactly how "straightforward" can a working living being get? Microbiologists are the specialists in the field. Here is the thing that they state. At least, the primary living being more likely than not had the entirety of the accompanying:

Something to control the development of materials all through the cell

Something for shipping and putting away vitality

Something to go about as an impetus for substance responses

Something to fill in the cell zone which won't block activities.

These are the uncovered bone, basic necessities forever. Expel only one of these "somethings" and life will stop. This point can't be over underscored: Everyone of these capacities, must be in finished working request from the main moment. Something else, life could never have started by any means. A piecemeal or indiscriminate beginning won't work.

Luckily for us, microscopic organisms and blue-green growth have held these fundamental components without requiring new ones. In the event that advancement has happened, they haven't known about it. They have:

DNA, a nucleic corrosive which contains hereditary directions for making indistinguishable duplicates of itself and issues guidelines for building proteins from amino acids

RNA, a nucleic corrosive which "peruses" DNA and amasses proteins

Ribosomes, auxiliary destinations which go about as manufacturing plants for collecting proteins

ATP particles for moving and putting away vitality

Compounds, proteins which go about as impetuses for synthetic responses

Cytoplasm, a jam-like substance that fills the cell divider.

These single-celled living beings are, truth be told, what microbiologists depict when they express the basic necessities forever. Furthermore, they are promptly accessible for study. Here is the most uncommon reality about microscopic organisms: To create this "basic" single-celled living thing requires a DNA grouping of 3 million nucleotides, all adjusted into a quite certain request.

Change the request and you harm or obliterate the microscopic organisms. Basic? In no way, shape or form! The absolute first living microorganism began as a profoundly perplexing and advanced type of life.

Charles Darwin didn't approach an electronic magnifying instrument. Subsequently, he and his nineteenth-century researchers couldn't see the complicated structures or the serious action occurring in the phone. Little miracle Darwin thought the cell was basic. He contemplated if enough synthetic compounds of the correct sort were to chance upon one another in a "warm little lake," in the long run, life would follow from one of these possibility gatherings.

That hypothesis enlivened researchers into various tests. Scientists blended exact estimations of water, hydrogen, alkali, and methane; at that point started their inventions with electric charges or presented them to bright light. They got results. They delivered a few amino acids, which are the structure squares of life. In any case, that is all they are - building squares. It isn't life itself. Truth be told, it is not even close to life.

The substance complexities of even the easiest type of life is a gorge over which arbitrary blends of atoms can't bounce. Scholars know it. They have even arranged it into law. The rule of biogenesis says that a living life form can begin just from a couple of guardians of a similar kind. A cell originates from a past cell; life originates from a past life. This standard is all around approved and has no known special cases.

Not exclusively is the "gathering synthetic" clarification forever in opposition to the law of biogenesis, it is additionally inconsistent with the second law of thermodynamics, likewise called the law of entropy. We have stumbled into this law previously. The law says everything is running down; the association is perishing, all in all, the entire universe is made a beeline for a harmony where development will stop.

Against that law, naturalists guarantee a special case. Rather than dispersing, synthetic concoctions of the perfect kind and amount congregated and joined [on their very own initiative?] into consistently expanding complex structures until they eventually framed a living element. Under ordinary conditions, you can perceive how the polar opposite would occur.

Get a glass of water and put in a few drops of colour. Following a couple of moments, the entire glass of water turns out to be equitably shaded with dissipated particles of color. That demonstrates the second law of thermodynamics, however, shouldn't something be said about the proposed special case?

Naturalist answer, "First we should have the correct elements forever." By that, they mean the 24 normally happening kinds of molecules which are basic to the arrangement and advancement of living creatures. Be that as it may, there are 92 distinct sorts of normally happening iotas on earth. What do we do the other 68 molecules?

"Get them far from the blend," say the naturalists. Really? That makes you wonder who or what in nature had the foreknowledge to keep the 68 "terrible" kinds of particles away while the 24 "great" iota types skipped and joined in the naturalist's stock.

"Second," say the naturalists, "we need the correct extents of fixings. Overwhelming on the hydrogen, oxygen, and carbon molecules; medium on the nitrogen and calcium iotas; and light on the chlorine, iron, magnesium, potassium, silicon, sodium, and sulfur particles. Hold the aluminium and no helium please!"

How could we happen to get these right extents four billion years back? "Simply possibility," guarantee the naturalists. "Common choice winnowed out the other trying blends."

Oxygen in the Atmosphere

"Third, 3.5 billion years prior, there was no oxygen in the climate to separate concoction blends," clarify the naturalists. As of late, in any case, geologists have inferred that early earth may well have had oxygen in the environment all things considered. Oxygen would in general separate substance mixes.

Something else? "Indeed, there should be a shock of power or maybe a touch of radiation to kick off the blend." But on the off chance that an electrical discharge hit anyplace close to the synthetic arrangement, more likely than not, it would demolish the blend or possibly scatter it.

Furthermore, if the geologists have it right, that is, on the off chance that the early climate contained oxygen, at that point planet earth additionally had early ozone. We realize that the ozone is a defensive layer which drastically lessens the chance of irregular radiation striking and empowering the naturalist's soup.

Before we continue, we should survey what we have found about existence. The naturalist's concoction blend recipe forever is challenged by both the laws of biogenesis, which says life comes just from earlier life, and by the law of entropy, which says everything including synthetic concoctions will, in general, scatter after some time, not assemble and join together. Other than being essentially illogical and as opposed to set up logical law, is there something else amiss with the common birthplace of life hypothesis?

Truly, its prerequisites strain validity. Think about the accompanying: One way or another 24 unique kinds of the correct kind of iotas should coincidentally chance upon one another in right extents no less. Simultaneously they should some way or another totally bar the other 68 wrong kinds of molecules.

When the possible meeting of the 24 molecularly right atoms happens, they should wait until something tags along and destroys them. Not all that quite a bit of a zap as you may have guessed. That would do in the entire substance creation.

The elective clarification is that maybe a bright beam discovered its way through the antiquated ozone and arrived on the gathered synthetic compounds invigorating them without hesitation.

Would it be able to have happened that way? No, presumably not. Life requires both DNA and proteins. DNA can't move its hereditary data without the help of proteins. What's more, proteins can't be developed without DNA directions for assembling amino acids. One without the other is pointless. We should have DNA and a large group of other particular proteins together and working in a state of harmony before life can work.

The chances are unequivocally against a possible meeting of synthetic concoctions starting any kind of life. The naturalists realize that just as any other person. However, on the off chance that nobody has had the option to the thought of a coherent clarification for the source of life, where does that leave the naturalists?

The greater part of them concedes that is a difficult issue for their side. Without a logical answer forever's initiation, the case that everything can be clarified by common methods seems, by all accounts, to be dead on appearance.
at December 19, 2019 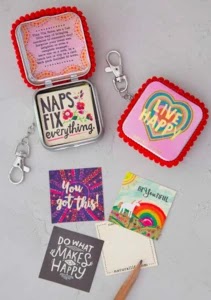